Get fresh music recommendations delivered to your inbox every Friday.

by Hill & The Sky Heroes 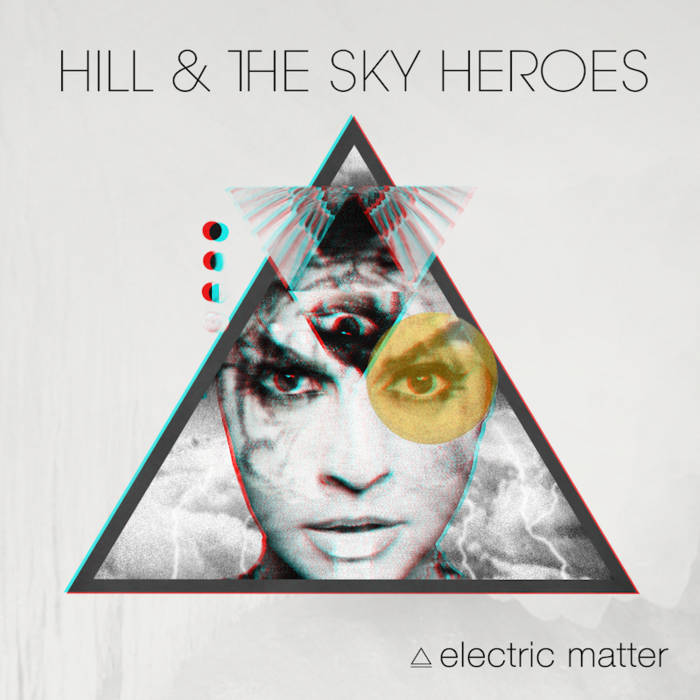 Upon spending the better part of a decade touring with the likes of Serena Ryder and The Weeknd, directing music videos for Mother Mother and Sass Jordan and producing/writing for The Cliks and Eh440, Hill Kourkoutis is harnessing her many talents and experiences into one creative endeavor. Hailing from Toronto, Canada, the award-winning songwriter, producer, multi-instrumentalist, filmmaker and proclaimed modern-day Renaissance Woman began performing and recording under the nom de band Hill & The Sky Heroes in 2011. Following a three year hiatus, The Sky Heroes are releasing the follow-up to their 2012 debut, ’11:11’, the collaborative effort which featured many of her peers from the Toronto music scene including Adrian Eccleston (Drake/Kylie Minogue), Doc McKinney (The Weeknd/Esthero), Serena Ryder, Donna Grantis (Prince and 3RD EYE GIRL), Saidah Baba Talibah and Martha & The Muffins.  ’11:11’ was released to critical acclaim and saw sync placements on Degrassi: The Next Generation (MuchMusic, Canada/Teen Nick, USA), Offspring (Network Ten, Australia) and the film Pulling Strings (Traziende Producciones, Mexico).

The sophomore release, ‘The Great Year’, will consist of a trilogy of EP’s released over the course of a year, slowly revealing the body of a sophomore LP. When asked what Kourkoutis wishes to achieve with ‘The Great Year’, she remarks “My desire is to take the listener on a journey in relative real-time. Each EP is being released within a month of being written and recorded. It is an experiment in not only diving deeper within myself and my voice as an artist but about being candidly open in the creative process with those who listen along the way. ‘The Great Year’ will reveal an evolution in its sounds and subject matter. I want to challenge the popular music we have come to love yet honour it by maintaining an air of nostalgia. I want to explore and unite the paradigms of darkness and light that surround us all daily. It is a traditional concept album that is being released in a not-so-traditional fashion and an inspired journey of coming to terms with being human through mutual observation”.

The first inklings of these sentiments are apparent from the first EP in the trilogy series. Quietly released in January 2015, ‘Dark Days’, shows a departure from Hill & The Sky Heroes’ debut collaborative effort. With the exception of the dark disco/pop anthem “Don’t Be The Mistake,” co-written with Derek Downham (Andy Kim/The Beauties), the self-produced, written, performed and mixed EP exemplifies the introspective dichotomy between contempt, resistance and a longing for love and purpose on a material level. The lead single “The Flame” has been slowly gaining traction since March 2015, seeing adds on Top 40 radio and entries into the Top 20 charts of Campus/Community radio stations across the country. The follow-up EP, ‘Electric Matter’, released in May 2015, contains 4 songs, each engaging an eclectic amalgam of alt pop, electro and dark soul. The subject matter on ‘Electric Matter’ deals with a more cellular approach to Kourkoutis’ realizations on life and love and features two collaborations in the form of co-writes from fellow Sky Heroes. Graph Gonzales (Hawksley Workman/Esthero/Clipse) lends her voice and writing to the hauntingly cinematic hip-hop inspired grooves of “Who Am I” and Juno award-winning artist Serena Ryder contributes to the hypnotically sultry rhythms of “Beat’s In The Body”. The third EP, ‘Mystics’, is slated for a September 2015 release, where more Sky Heroes collaborators will be revealed. Bear witness as ‘The Great Year’ unravels in 2015 and Hill & The Sky Heroes’ quest from darkness to light reveals itself.

Recorded and Mixed at The Lair (Toronto, ON)
Mastered by Brett Zilahi at Joao Carvalho Mastering (Toronto, ON)